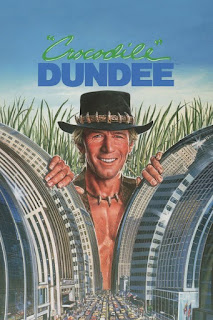 New Yorker's are commonly characterized as uncaring, rude and self involved. Yet time and again we see movies and television shows depicting a scene of cynical big apple inhabitants coming together to help total strangers, usually in a large, public setting. Thus emphasizing, that while New York City may be full of derisive individuals, when it comes down to it, they are really are the greatest human beings on Earth.

Maybe it's because I live in Chicago, the city with such a huge inferiority complex that we happily call ourselves the 'second city' and the 'third coast', but this whole New York is the greatest city, just gets on my nerves. In the end, it's a city just like any other city. It's a great city - it has a lot of wonderful stuff - but it has a lot of bad stuff too, just like any other city. And the people that live in the city, they are just like other people - sure maybe they are more worldly than people who live in 'fly over states', but they're not better people.

Case in point, what woman goes out into the Australian outback wearing nothing but a thong unitard that's cut so low on the side and back it's impossible for her to wear a bra, and a pair of breezy, but in keeping with the wild theme, tropically printed pants? And if this woman assures her editor she'll be OK because she's a 'New Yorker', why would she take off the pants (thus revealing the thong) and drink from a pond in the middle of the outback which she knows is crawling with creatures including crocodiles?

As part of a writing assignment, Ms. NYC goes to the outback in search of the story of how Mr. Dundee managed to escape a crocodile attack (apparently this makes for good news in NY). Of course, being a New Yorker, she's unprepared for life in the middle of no where, and when we left her, she was leaning over the idyllic, lily pad covered pond filling up her canteen when a huge crocodile snatches the canteen, which is unfortunately hung around her neck, and starts to pull her in. Luckily our hero had been spying on her, happy to get a glimpse of her backside, and saves her from said crocodile. Frankly, I think she deserved to be eaten.

What's even more interesting is there is at first an effort to show her as a strong NY woman. She tells her editor that she is going to stay in Australia until she covers this story despite his demands that she returns home. She goes out of her way to point out Mr. Dundee's sexism when he assumes she can not take care of herself. But of course, it's this show of strength that gets her into trouble. To drive the point home that she may be a New Yorker, but she's still a woman, it's imperative we get several shots of her scantily clad body so we can appreciate how sexy she is. To top it off, even though we at first assume she’s a good writer because her paper is happy to send her all over the world to write stories about men in Australia who survive crocodile attacks, we find out that actually, she’s dating the editor and the owner of the paper is her father.

I hate to be ‘one of those women’ that have to point out the sexism in everything, but really? And sure, men benefit from nepotism all the time, so on one hand, maybe she should be congratulated for playing the game the way any man would. Of course, most men don't need to sleep with the editor when their dad owns the paper. Besides, the chances of the editor being a woman are slim anyway.

Now that we've seen how a New Yorker fares in the outback, it's time to take Mr. Dundee out of his environment and drop him in New York city. He's clearly a yokel as he looks down in confusion at the moving stairs and he says g’day to everyone he meets because obviously New York is a friendly town, why else would so many people live in such a small space. Having never seen a transgender person before, he thinks the only acceptable way to suss out the situation is to grab the persons crotch to see what's up. It's a joke the movie relies on not once but twice, just in case we didn't get how funny it was the first time. At least the 80s were pretty out in the open with their sexism and homophobia.

After we've had a good laugh at his expense, we are obliged to see that New Yorkers aren't really so cold. As the couple stand at opposite ends of a crowded train platform, good Samaritans relay their messages of love back and forth and clap when they realized they've done their good deed for the year. I hope that doesn't ruin the ending for you. You didn't think she'd end up with her editor did you?

Another movie off my 80s list. I'm beginning to think there are reasons I didn't see some of these so called iconic movies the first time around.
No comments: