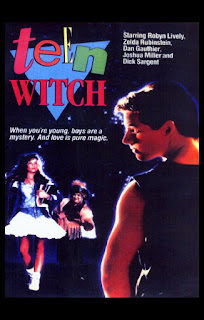 After watching Back to School, I had a couple more hours to kill, so I used it watching Teen Witch. So here's the thing, this movie sucks. Seriously so many of the movies on this list don't seem to be worth watching once much less multiple enough times to be called "iconic." But I would imagine this is one of those movies that was shown over and over on TV so everyone saw it (except me apparently).