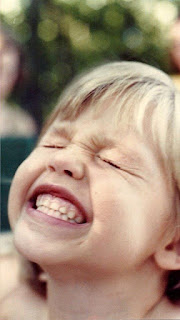 People often say that my sister and I look like twins. Even though I am two and a half years older than she is, she often is mistaken for the older one. And that has nothing to do with how she looks, but more to do with the dynamic of our relationship and our personalities. She tends to be the outspoken, attention seeking one; she kinda acts like she's in charge. And for some reason people attribute that behavior to the older child.

I've always been of two minds about this phenomenon. On one level I hate it. I feel like it takes away my birthright, to be recognized as the eldest. I'm not entirely sure what that "birthright" is. Just recognition that I came first. On the other hand, it's nice to have someone who can do all the things that scare you or push you to do those things. If I had a sister who was more timid than I, there would be all kinds of things I would have never tried.

And this caring about people recognizing me as the older one ceased as I got older. It became amusing to both of us that people thought we were twins. Years ago, we had a job where we went into a store and tried to get guys to try on some new Docker pants. One of us stood at the entrance to the store and the other was in the men's area with the pants. Having been given the same thing to wear, we looked even more alike. So much so that one gentleman thought that my sister had managed to make it from the entrance to the back of the store before him. Because we sound similar too, we've both answered the other's phone and not made it clear who was answering the phone. It usually only takes a couple of full sentences before the caller figures out, but we always get a chuckle out of it.

As I've gotten older, I of course don't mind so much that people think I'm younger; though I don't think my sister appreciates it as much. And honestly, no one cares about age as much as you get older. It doesn't seem to matter as much as it does when your a kid.

What does matter is our relationship. I won't lie and say that my sister and I have this wonderful bond
that produces rainbows and unicorns or some such thing. We do have a bond. A unique and special bond. But part of that bond is getting on each other's nerves and then working it out. Part of that bond is not understanding each other and then finding a way. I would have never put as much effort into a friendship. As difficult as my sister can sometimes be (with the acknowledgement that I can certainly be difficult too), her depth of caring and loyalty to me and my family, the ways she has shown love and friendship to me, is something that I can only share with her.

Email ThisBlogThis!Share to TwitterShare to FacebookShare to Pinterest
Labels: family