Bikes on trees and other fun stuff you see while running 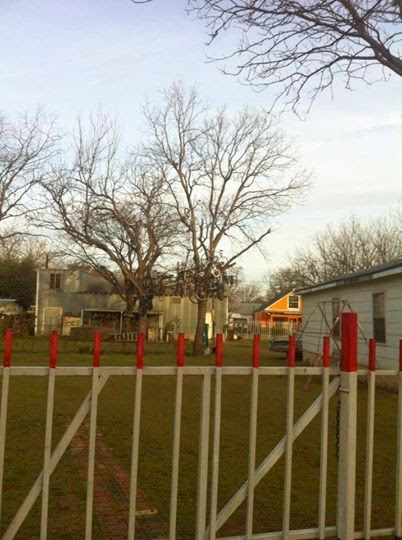 Yesterday I posted, finally, about the half marathon I ran in February. I totally forgot to mention the tree sprouting a bunch of bikes that we passed along the route. For the first time during a race, I stopped and took a picture. Mostly because I figured my dad (collector of many bikes) and the rest of my family would find it pretty funny. But also because one of the nice things about running, especially in places that you don't run all the time, is you get to see different things, new things.

Neighborhood runs are always the best to see new and interesting things. The lakefront path in Chicago, while nice to run on, does get a little boring after a while. But then again, my running group once had a conversation about the several pieces of art scattered along the park and how long they had been there (they had been there several months and we'd passed them multiple times).

What you mostly see on the lakefront path are people. And if you're paying attention, some of them might just be interesting. I've seen things like:
Of course, you only get to see new and interesting things if you're paying attention. I once went on a run in my 'hood and passed a building that had obviously had a pretty serious fire the night before. They were working on boarding up windows and you could still smell the fire. When I got home, I asked Mr. H., who had run the exact same route as me earlier that day, if he saw it. Nope, didn't notice anything. Sometimes he completely zones out when he runs, so focused is he. Nothing wrong with that, I just like to take in the scenery.

Email ThisBlogThis!Share to TwitterShare to FacebookShare to Pinterest
Labels: multitasking, running, the meaning of life