I probably should have written this post before I wrote yesterday's resolution post. But whatever, I can put that on my list for this year - do things in the correct order. Anyway, here are some of my amazing accomplishments from 2013. 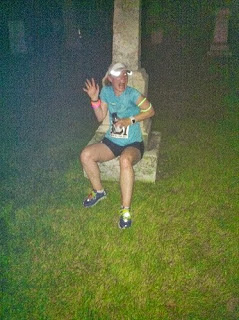 Races run
This year, according to my Nike watch, I ran 99 times and covered roughly 366 miles. Not too bad. However, in 2012 I tallied approximately 450 miles. Of course, I trained and ran a marathon, and this year I didn't run any race longer than a 10k. With two half marathons in the first two months of 2014, I should be on course to break my 2012 mileage.
Things knit 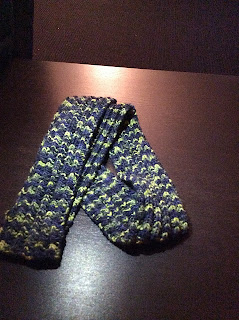 I don't get anywhere near the amount of knitting done I would like to. I often forget when I am sitting on the couch, doing nothing but watching TV that I am working on something and should pick it up. But my Tuesday night Stitch and Bitch has kept me on the knitting wagon, so I did manage several projects this year.


Stuff written
This is probably one of the things that I really want to do more of, but just can't seem to find a way to really work it into my daily schedule. I attempted the National Novel Writing Month challenge, and for the first two weeks of November, I did a lot more writing than I usually do. And so far this year, I'm off to a good start on my blog.

Books read
Last year I started a book club, that lasted three books (the first three on the list). It was fun, but in the end it was too hard to manage it. I'd like to either join another book club or find a way to read new books that I might not otherwise pick up. Two of the books on the list (Less than Zero and American Psycho) I had read already, but I was going through all of the Ellis books in order, until I got sidetracked by that book about the OJ Simpson trial that I picked up at a friend's house and decided to read for some reason.
I thought about adding a list of movies and TV. But that doesn't seem like I really "accomplished" anything by sitting on my ass watching the entire Breaking Bad series (except for the last eight episodes that Netflix hasn't yet made available). But I did watch a few interesting documentaries including Blackfish and Bad Blood: A Cautionary Tale.

So all-in-all, a pretty good year. Making these lists has actually made me feel like I did accomplish some things. It's nice to take stock every once in a while and remind yourself of exactly what you did get done. Of course, the most important things I accomplished this year, spending time with my husband and son, family and friends, can't really be quantified in a list.