Week 16 - Stepping back into Fall 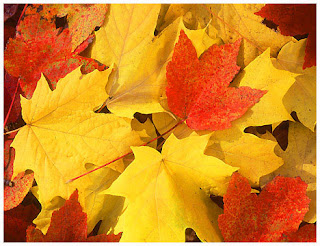 This week is the first week of the two step-back weeks leading up to the race. As in previous weeks, the idea is to allow your body to rest before pushing forward with a new distance. Of course, this time, the new distance is the marathon.

Thinking about running the marathon pretty much scares me to death. I get nervous just sitting at my desk imagining going out there and running. I have so many things to think about before then - what will I wear, will I be able to sleep the night before, will I listen to music during the run or hope that the excitement of the race will be enough to get me through 26 miles, will I hit the "wall" at mile 20, 21, 22...

I'm trying not to concentrate on all that stuff. Just working on doing my miles over the next two weeks and reaching some zen-like place that I've done the training (for the most part) and there isn't anything else I can do. It may take me five hours (it will probably take me at least five hours), but at the end of the day on October 7, I will have run (jogged/walked) 26.2 miles.

Yesterday I ran 12 miles. And since it was such a lovely Fall day, I didn't do it at 5:30 or even 6 a.m. I waited until about three in the afternoon to go for my run. These "short" long runs are a little weird because in your head you're thinking, "it's only 12 miles" except 12 miles is still a pretty long run. So you have to be careful not to go out too fast and to mentally prepare yourself for the mileage because otherwise about half way through you'll be pretty pissed you're only half way through. I kept reminding myself that even though it was only 12 miles, it was going to take me two hours to run. The weather was so nice that I stayed cool throughout, which is such an odd feeling after a grueling summer of training in the sun. You can't ask for more perfect marathon weather, so here's hoping that two Sundays from now, it's like this.


Winding down my training has meant a bit of stepping up on my fundraising. The good news is I have surpassed my fundraising goal by $55. Thank you to everyone who contributed. You can all say you helped send a child with cancer to camp.


Mr. H. is still working to meet his fundraising goal. So if you haven't had a chance to contribute, you can do so to him here: http://www.firstgiving.com/fundraiser/johnpaulhiggins/chicago-marathon-2012